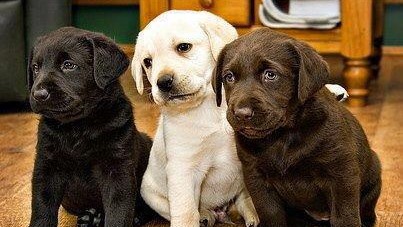 Fanconi Syndrome is a particular form of kidney failure, where the proximal renal tubules stop working. The cases we are seeing are due to the pets being fed large amounts of imported jerky style treats.

Q- What is Fanconi Syndrome?
An acquired proximal renal tubulopathy, which means that the part of the kidney that is supposed to stop the important stuff from escaping the body stops working. The patient therefore loses important electrolytes, glucose and minerals and it is a form of kidney failure

Q- Does it only affect dogs?
It is mostly small dogs under 10kg, but any dog can be affected and there are reports in cats too.

Q- So the evidence is that there is an outbreak of this syndrome- how do we know this is happening?
PetFAST (The Pet Food Adverse Event System of Tracking) is a reporting system for suspected food related diseases and has identified a growing number of cases. PetFAST is a joint initiative of the AVA and the pet food industry association of Australia.

Q- Is this the first outbreak of this kind?
No, there was a large outbreak around 2008 that appeared linked to a very specific type of imported dried chicken treat.

Q- What seems to be the cause of this syndrome?
We have no idea- we haven’t found the smoking gun yet. It doesn’t appear to be from contamination in the meat, and although antibiotic residues have been found in some imported chicken jerky in America these don’t appear to be the cause. While chicken seems to be the main culprit, there have been cases from other meat jerky, and even a vegetable based chew treat. Imported meat from China seems over-represented, but there have been cases from meat jerky from US farms too.

Q- What is the treatment?
Generally stopping the treats will cure the disease in around 30% of patients. Others will need help with their renal function, electrolyte balance or even glucose control. Some deaths have been recorded.

Q- What are your messages for concerned pet owners?
Treats should be just treats, a special reward for a job well done. They shouldn’t replace the normal balanced diet and they shouldn’t be more than a few times a week. Look for Australian made treats, because we know the Quality Assurance of the farms should be up to scratch, and it’s good for our farmers.